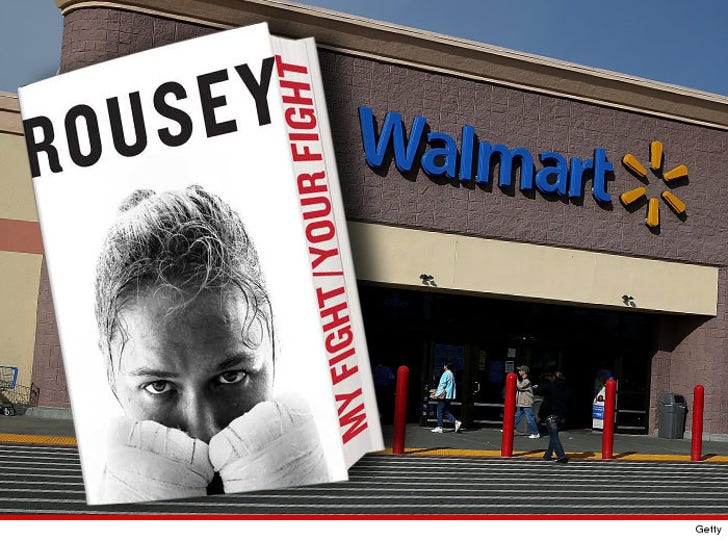 Walmart thinks Ronda Rousey should be sold, and not seen -- the retail giant denies banning her upcoming book from its stores, but there's a catch.

A report circulated all weekend that Walmart was refusing to sell Ronda's "My Fight, Your Fight" ... because she's "too violent." That sounded ridiculous, considering what the UFC champ does for a living, but turns out there might be something to it.

Spokesperson Danit Marquardt tells TMZ Sports ... Walmart has been anticipating Ronda's book release since last September, and you can already pre-order it on the company's website.

However, she did confirm the book will not be on display in Walmart stores. You can pick it up in the store if you order it online. In other words ... the book will be in the stock room, but not out for customers to see.

As for why Walmart's hiding Ronda's memoir -- Marquardt wouldn't comment on the "too violent" report ... but said "a variety of factors" played into the decision to only offer it online.