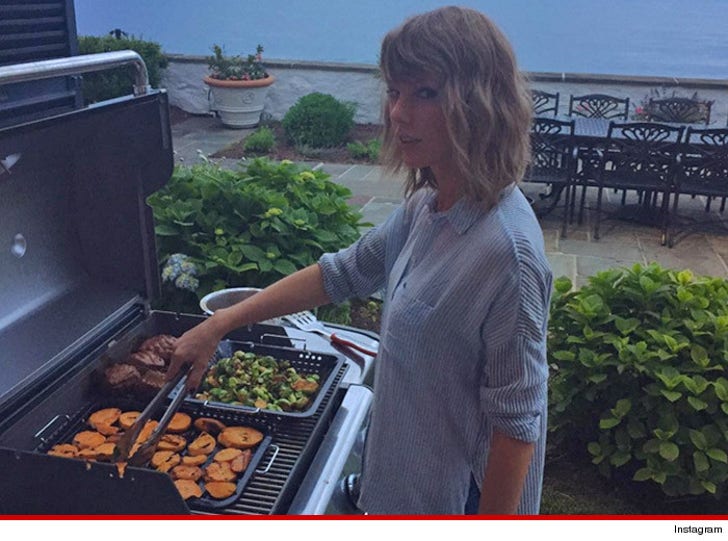 Calvin Harris is a lucky man. If money's ever an issue and he can't afford to go out, he can rely on his girlfriend to cook him some awesome BBQ!

Calvin and Taylor Swift were at her Rhode Island home Thursday when he Instagrammed the pic with the caption, "She cooks too."

Taylor was cooking up some mean sweet potatoes and other stuff. Didn't see any burgers or dogs.