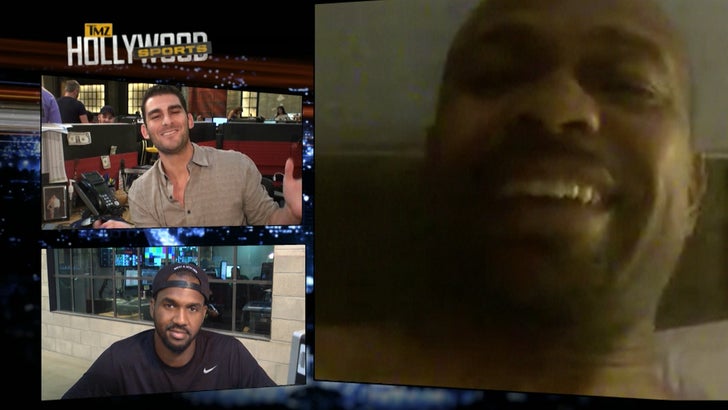 When Vladimir Putin asks for a meeting, you give him that meeting ... so says boxing legend Roy Jones Jr. who says it was Vlad who arranged their teacup summit in Russia.

Roy just Facetimed into "TMZ Hollywood Sports" from his hotel room in Russia to give us the blow-by-blow of his meeting with Putin this week.

Jones says he agreed to the meeting because he loves the United States -- and wants to do everything he can to thaw relations between the two super powers.

He also says he looked Putin right in his eyes and got a good feeling about the guy -- "I felt his respect."

Check out the video ... we also asked if the move was inspired by "Rocky IV" and if he cleared the trip with the White House before sitting down with the world leader.

And if that wasn't enough, Roy is also promoting a brand new single ... which he plans on dropping in both the USA and Russia.