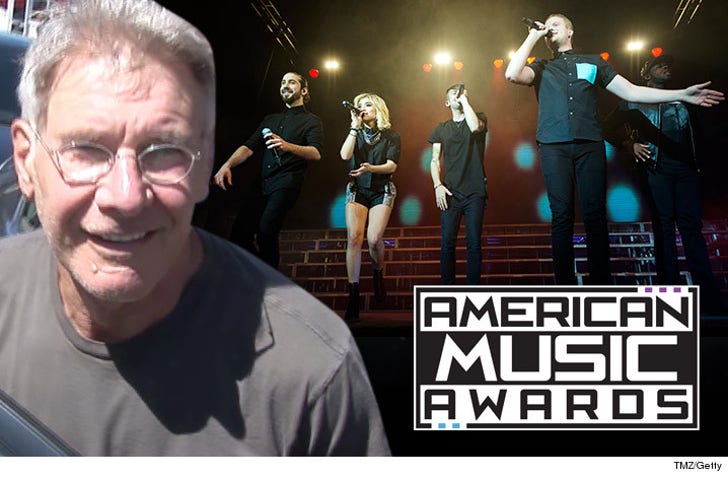 Harrison Ford is about to have a fanboy moment at the AMAs because we've learned he'll be serenaded in a "Star Wars" tribute.

We're told Ford will introduce a cappella group Pentatonix, who will perform the "Star Wars" score with a 75-piece orchestra.

Ford wasn't the original choice but he wanted to be involved because he's a real fan of the group ... since he's Han Solo, he got his wish.

And, get this ... a new clip from "Star Wars VII: The Force Awakens" will be unveiled during the show.