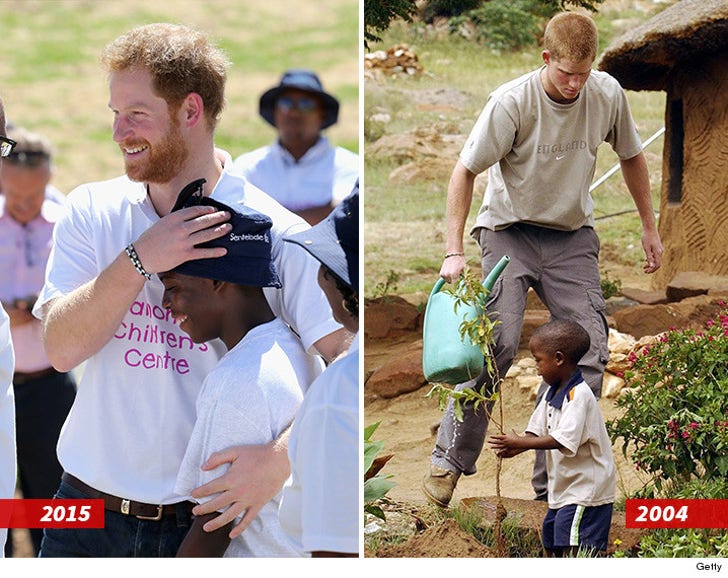 Prince Harry paid an emotional visit to a 15-year-old orphan he befriended years ago, and the 2 have been close friends ever since.

Harry met Mutsu Postane in 2004, when he was just 4. Mutsu's parents had both died of AIDS, in an African country ravaged by the disease. The pic (above) shows them planting a peach tree together.

Back when Harry met Mutsu he opened an orphanage for children affected by HIV and AIDS. The dining hall is named the Diana, Princess of Wales Hall.

Harry gave a moving speech at the center, explaining while his life was remarkably different from the kids in the orphanage, "we shared a similar feeling of loss, having a loved one, in my case a parent, snatched away so suddenly. I, like them, knew there would always be a gaping hole that could never be filled."

Another reason Harry's a favorite royal.