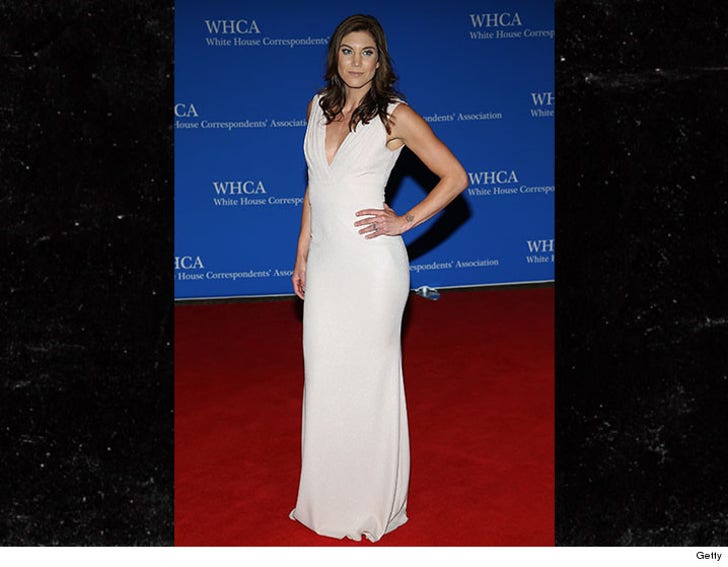 Hope Solo was right there at the White House Correspondents dinner, yukking it up as she watched the President who dissed her last year.

You may recall, the Prez invited Hope's team, which won the World Cup in 2015, for a reception. During the ceremony, POTUS called out Hope's teammates for recognition but passed over her.

Hope has had her problems ... among them criminal charges for allegedly beating up her half sister and nephew during a drunken rage back in 2014 ... something she denies.

On the upside, she looked good.