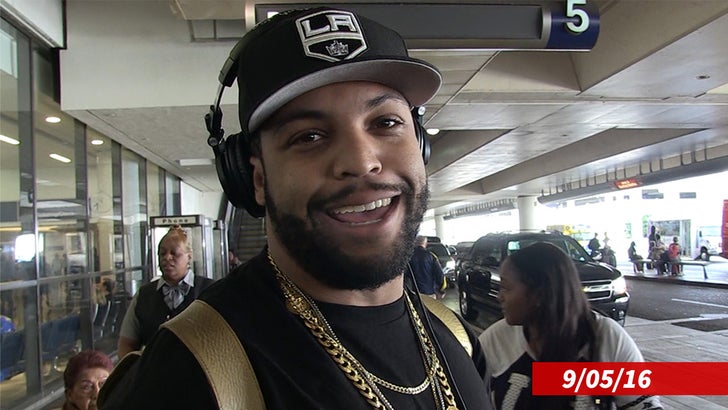 O'Shea Jackson Jr. had a really honest reaction to the death of former NWA manager Jerry Heller ... and it's not particularly flattering.

O'Shea, whose dad Ice Cube had legendary beef with Heller, started talking about Jerry's good characteristics but then began thinking out loud about the bad things.

He laughed at the claim of Heller's lawyer, who told us the strife over "Straight Outta Compton" contributed to Heller's death.