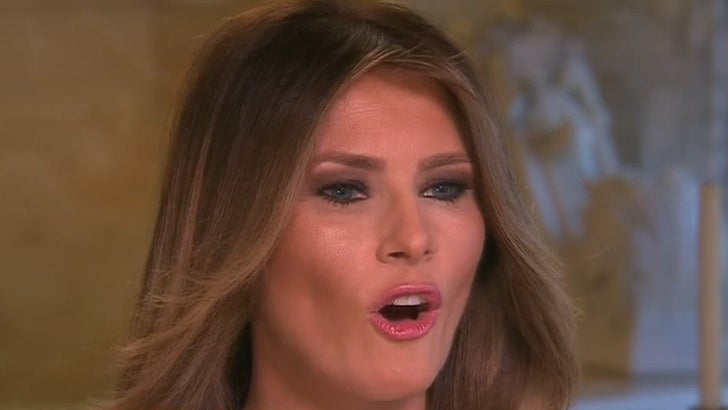 Melania Trump is backing up the bus over Billy Bush, saying he's the only reason Donald Trump said things like "grab 'em by the p****."

Melania told CNN's Anderson Cooper she's never heard her husband use that kind of language before the "Access Hollywood" tape's release ... and she thinks Billy encouraged him to speak that way.

Question is -- did she come up with that theory on her own, or was that the excuse Donald floated to his angry wife?