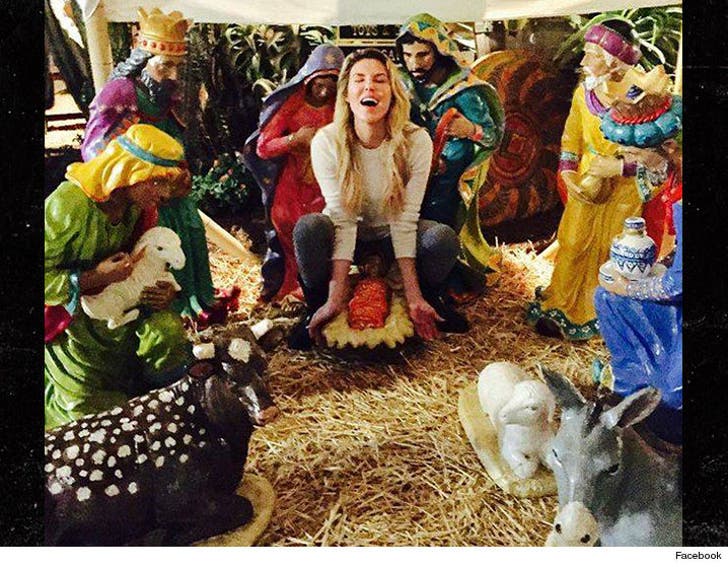 Brandi Glanville got sued for claiming a "Real Housewives" star had a smelly vagina ... well she's got lotsa people saying she stinks like hell for mocking the Baby Jesus nativity scene.

The "Real Housewives of Beverly Hills" star put up the pic Friday night with the caption, "Never forget the reason for the season," and the backlash ignited like a match in a field of hay.

Some of the highlights ...

-"F***** up... Never disrespect anyone's religion. Just comes to show how immature and logically unstable you are...."

-"Wow that's so offensive, you are a disgrace to your children....I think they should be with their father , obviously a better roll model than you will ever be!"

-"I'm not that religious, just lost all respect for you. That is disgusting."

At least she didn't try birthing the donkey.