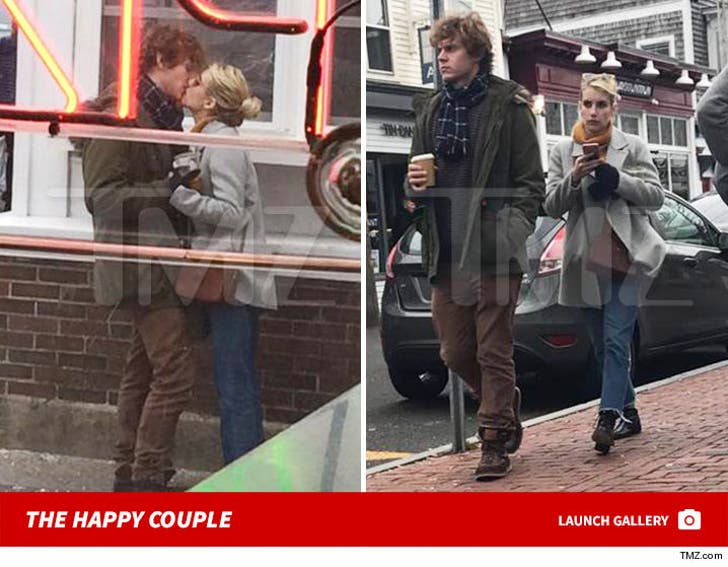 Looks like Hollywood's on-again, off-again couples has flipped the "on" switch ... Emma Roberts and Evan Peters.

The "American Horror Story" stars were shopping and canoodling around Provincetown, MA Friday ... with plenty of PDA .

They reportedly split earlier this year after sporadically dating since 2012 ... and getting engaged in January 2014.