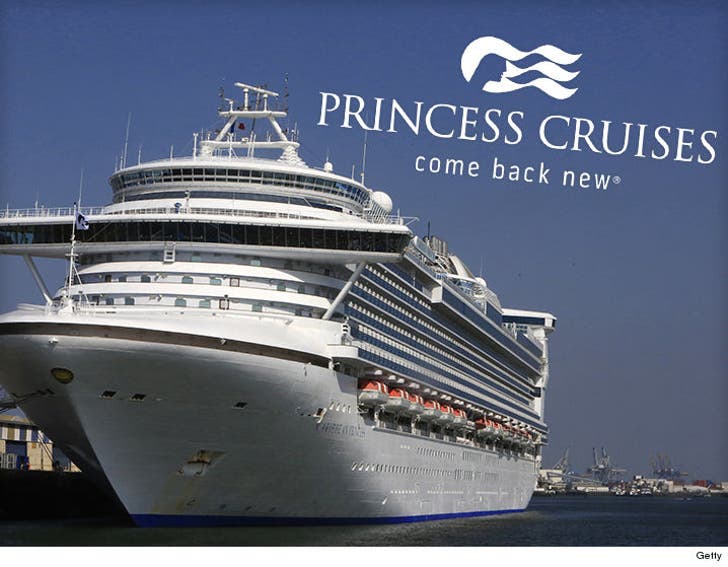 A passenger on a Princess Cruise Line ship claims she was injured in rough waters ... not ocean water, but dirty toilet water.

Jillanne Buchannan says in a new lawsuit she and her husband were on a cruise from Spain to France, last year, aboard the Island Princess.

According to the suit, the ocean liner had been in dry dock for sewage system problems, which were not fixed, because Jillanne says there was still lots of s*** on the ship.

She claims she went to a public restroom on the boat, but the toilet was overflowing with sewage and she slipped ... falling to the floor, striking her face on the door sill, cutting herself, injuring her left breast and neck and losing consciousness as she lay in the contaminated toilet water.

Jillanne says she had to get a tetanus shot and was placed on various antibiotics. She says she suffered permanent injuries and emotional distress.