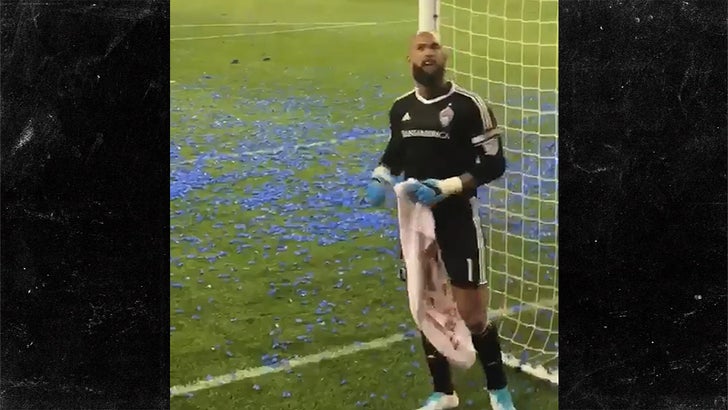 Tim Howard clapped back at a heckling fan at a game last Sunday and went a little too far ... so it's going to cost him 3 games.

The Colorado Rapids goalie lost his cool when a Sporting Kansas City fan started razzing him ... and replied by shouting something that sounds a lot like "F*** your mother!"

MLS issued a 3-game suspension on Friday for Howard's "inappropriate fan interaction" ... which includes the foul language in the video and another altercation with a fan following the game. No word yet on exactly what happened then.

The Rapids say Howard's actions are regrettable -- they'll be playing backup goalkeeper Zac MacMath in Tim's spot for the suspension.