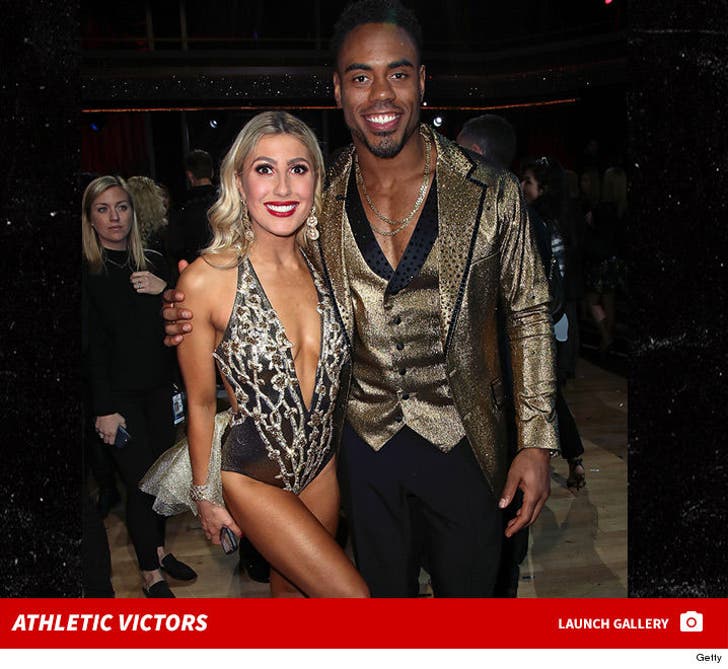 Rashad Jennings now joins the ranks of athletes who came out on top of "Dancing with the Stars." He got the Mirrorball trophy Tuesday night, and the trend is clear.

Ten athletes -- from figure skaters to football stars -- have taken home all the marbles on the dancing competition. We're talking 10 out of 24.

It's not just an issue of fitness ... lots of celebs on the show are in super good shape, but athletes still seem to hold the edge.

What we don't know ... is it more mental than physical?