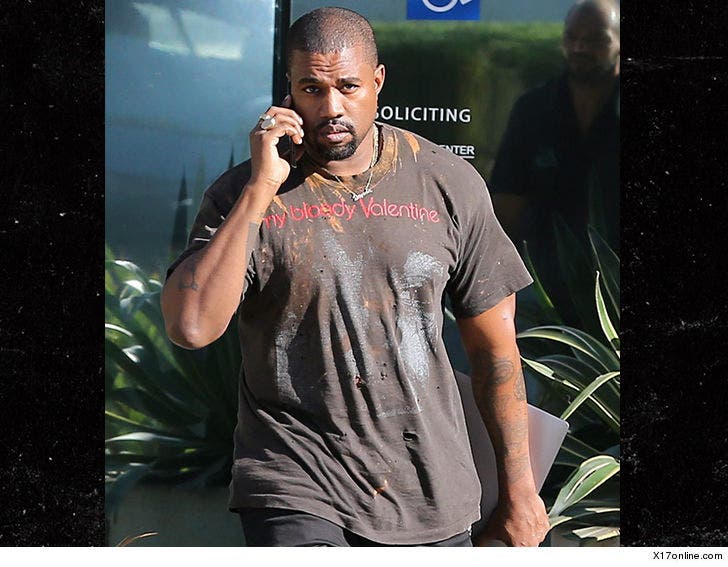 Kanye West looked a tad pensive as he left his offices Friday, after the announcement that Taylor Swift's new album will be released on the 10-year-anniversary of his mom's death.

As you know, Taylor furor in the song, "Look What You Made Me Do" is aimed at Kanye and Kim.

Kanye's sporting a t with the words, "my bloody Valentine" emblazoned on the front. Unclear what that means.

As we reported, Kayne and Kim will not go to the VMA's Sunday, where Taylor is going to make an appearance.