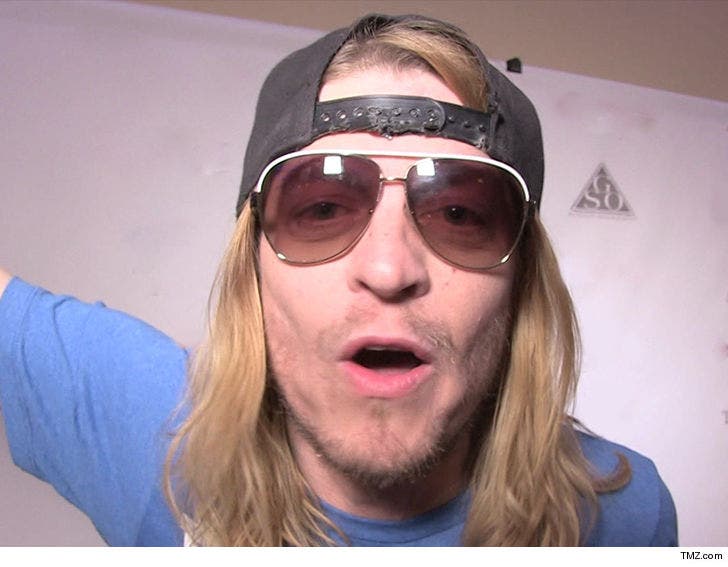 Puddle of Mudd had to cancel it's concert Saturday night, because its lead singer was in the pokey on gun charges ... TMZ has learned.

Wes Scantlin was busted at LAX Saturday after he tried boarding a plane with a BB gun. He was taken to jail and booked. His bail was a whopping $850,000. It appears there were other charges as well.

Wes was trying to get from L.A. to Keller, Texas, where his band was scheduled to perform. Without a lead singer, what's the point, so they pulled the plug.