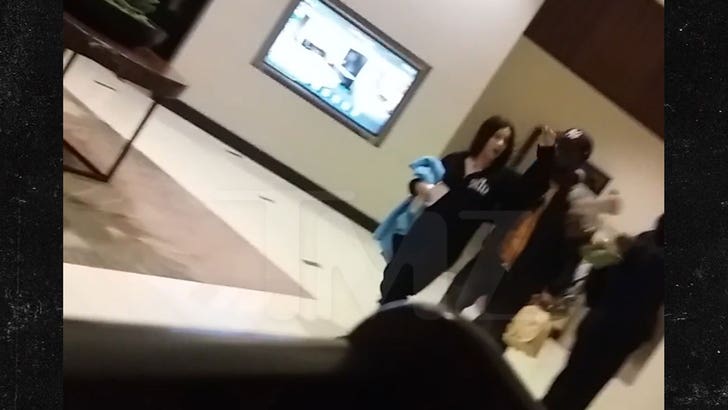 4:20 PM PT -- Cardi has deleted her Instagram post in which she called the city of Albany racist.

11:25 AM PT -- A rep for Albany PD tells TMZ ... the hotel's manager called cops around 1 AM to report a party on the 2nd floor, plus a smell of weed. We're told hotel staff had gone up and asked Cardi's team to leave, and when cops showed, they were packing their bags to exit. However, the PIO says no evidence pointed to the weed coming from anyone in Cardi's camp, but they left regardless. That's when Cardi was woken up and asked to join them, causing her outburst in the lobby. We're told no one was arrested, and that Albany PD denies allegations of racism.

10:12 AM PT -- Cardi just posted a video addressing the circumstances of her hotel exit in Albany, explaining she was booted for weed ... even though she denies partaking. She also accuses the city of Albany of being racist, saying she experienced that first hand.

Cardi B was thrown out of a hotel early Sunday morning, and she went off accusing the staff of racism.

The rapper was staying at the Hilton Albany in Albany, New York, and at around 1 AM people started complaining about noise coming from her room. Cops tell us there was some sort of disturbance and when Cardi B was confronted by hotel security, it escalated and she was ordered to leave.

You hear her call someone on the staff a "racist motherf*****" and she storms out of the hotel with her entourage and an unidentified male.

Cardi B performed Saturday night at the Times Union Center.

It appears she briefly broke up with boyfriend Offset Saturday but then said she had overreacted. 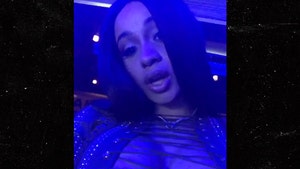 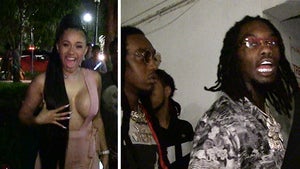