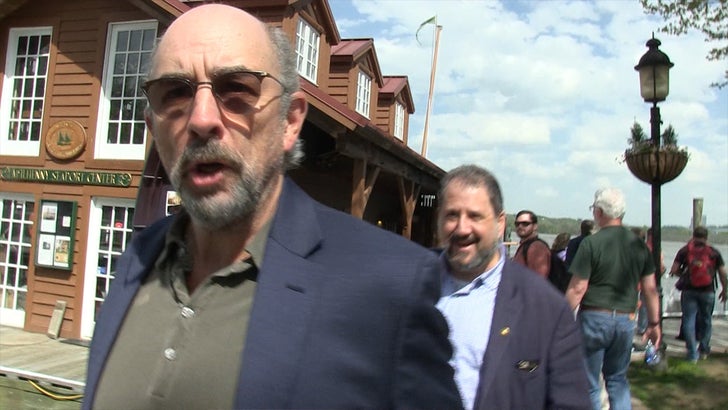 "West Wing" star Richard Schiff pleading the fifth on the rumored "West Wing" reboot might already be him saying too much.

Rumors surfaced that the Emmy-winning political drama might be coming back when creator Aaron Sorkin hinted he'd be into into the idea during a recent podcast, and plus TV show reboots are really on trend right now ... think "Roseanne", "Will & Grace" and "The X-Files."

When we asked Schiff, who played White House Communications Director Toby Ziegler, about it Saturday afternoon in Alexandria, VA, he said he couldn't talk about it and called it "top secret" ... so it sounds like there might be something in the works.

We also asked Schiff what it takes to be a good communications directer at the White House and his answer doesn't disappoint.