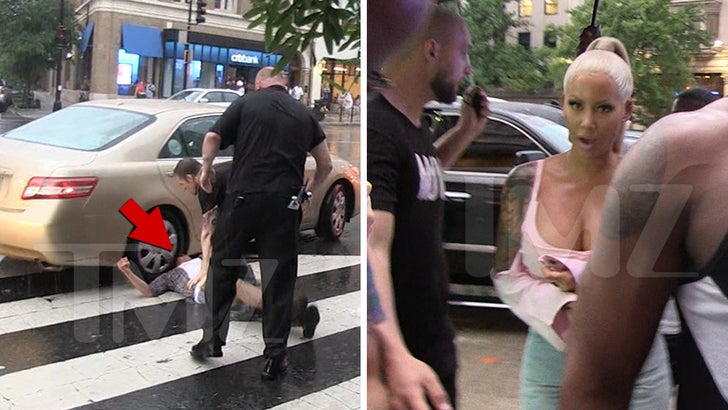 Amber Rose avoided a massive brawl in Washington D.C. where a man got knocked the hell out in the street and was struck by a car.

The melee went down Sunday at Decades DC, where Amber was the star of the event. Our photog says minutes before Amber arrived, a guy was out of control, trying to muscle his way in ... even swinging at the bouncers.

The hired muscle put the guy in a headlock, but he busted free and swung at one of the bouncers and that was enough ... a single punch floored the guy in the street, and as he hit the ground he made contact with a car that was driving by.

Amber showed up while the fight was in progress and her SUV took off with her ... then circled back and she was rushed inside. 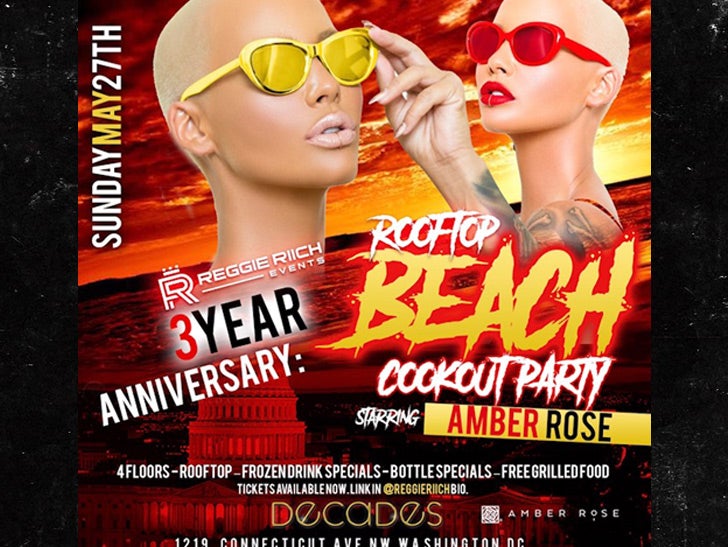