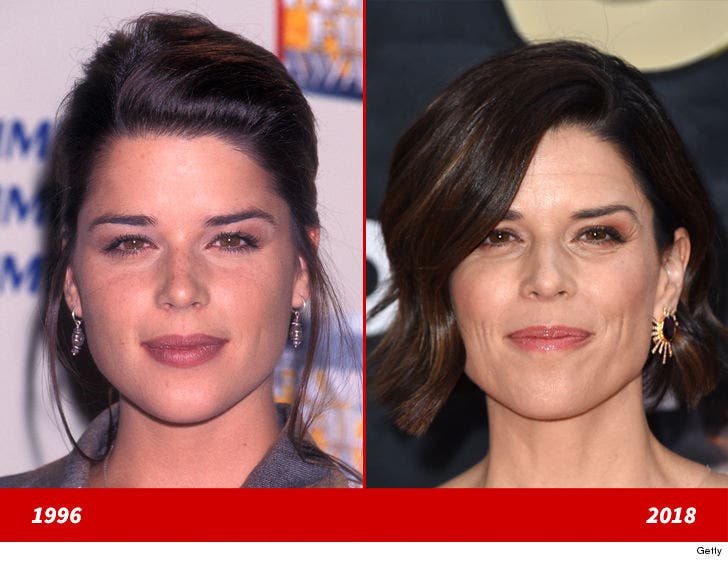 Neve Cambell's good looks are something to scream about!

Here's a 22-year-old version of the 'Scream' star at an award show in Los Angeles back in 1996 (left) and 22 years later the now 44-year-old actress slaying for her new film 'Skyscraper' earlier this week in New York City (right). 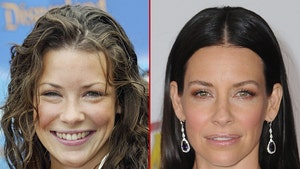 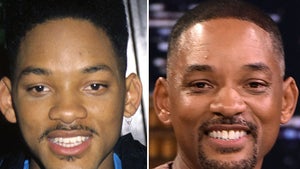