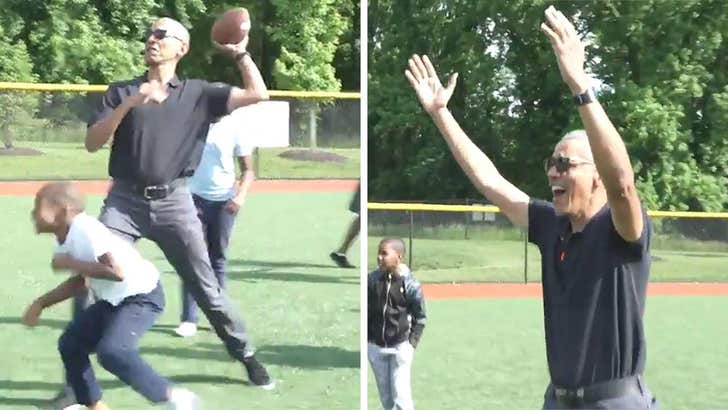 "Who's the quarterback here?"

Barack delighted a bunch of kids -- especially one little wide receiver -- Wednesday by visiting the Washington Nationals foundation & Youth Baseball Academy in D.C. ... and he didn't hold back from showing off his athleticism.

He was appointed QB in a pickup football game, and uncorked a touchdown pass. Doesn't look like it was a tight spiral, but either way, the kid on the other end made a hell of a catch.

Then, 44 stepped up to the plate and ripped a double in the gap. Probably could have stretched it into a triple ... but he showboated a little running to first.

Obama also delivered a motivational speech to the kids, telling them to work hard and believe in themselves ... and they'll do great things.

He added, "I had a blast with all these extraordinary young people." 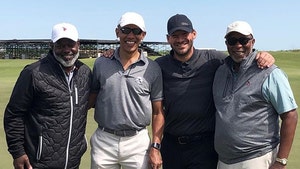