Bill Maher is back and boy, has he got an interesting take on Rep. George Santos -- he may be smarter than all of us.

The 'Real Time' host lays it out -- if someone writes a bio on the newly-minted Congressman, the title will include "Based on a false story."

But, here's the bigger point. Maher says Santos won his election because his lies appealed to both the left and the right, and as long as each side heard what they wanted they ignored the rest. 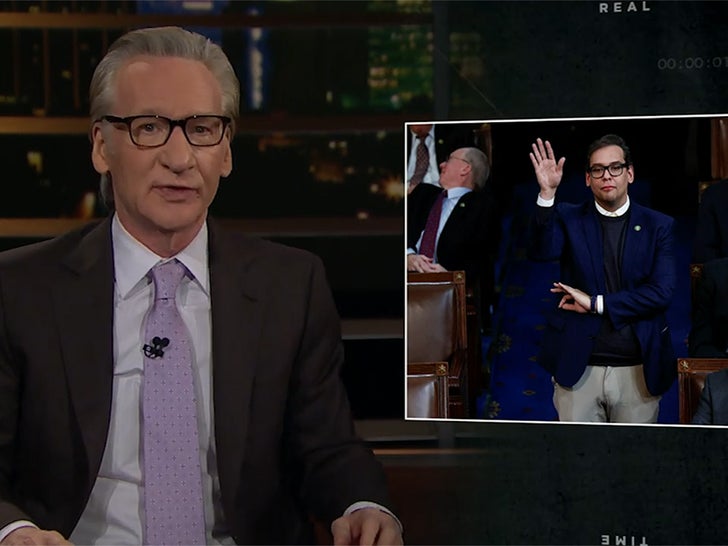 Santos is not just an election denier ... he flashed the white power symbol during his entrance to the House Chamber.

People on the left, who connect with compassion, had a host of reasons to embrace him ... he falsely represented himself as a gay, half-Black man with a brain tumor.

It's all a lie, but it worked. As Maher says, no one cares about substance anymore ... it's all about tribalism.

And, that opens the door to more George Santos's.