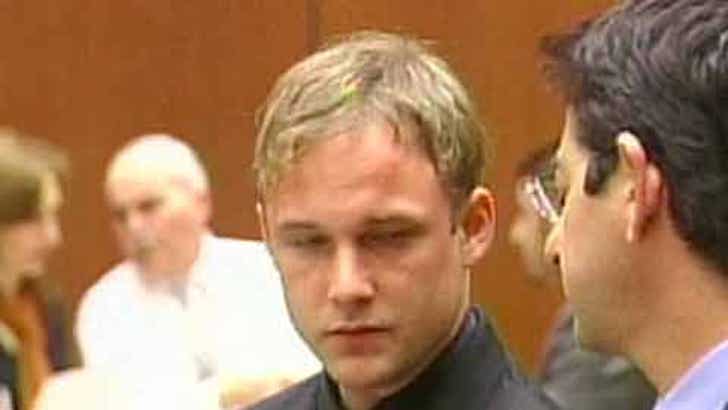 The 23-year-old Renfro, who starred in 'The Client' when he was just 12, was busted last December in a police sweep on skid row and charged with attempting to buy heroin.

Renfro's lawyer, Richard Kaplan, said his client is in a full time drug rehab program. Kaplan is hoping the judge will find drug diversion more appropriate than jail if Renfro is convicted.

Garrett was busted last Saturday in downtown LA and taken into custody. But it wasn't heroin that caught the eye of watchful cops. Initially, they detained him because he was riding the rail system without a ticket. They searched Garrett and allegedly found the drugs.

Garrett pled guilty last March to attempted possession of cocaine-based narcotics and was placed on probation. That probation was revoked today in the wake of the latest arrest.

Garrett, who appeared in court with numerous cuts and gashes on his face, now has a big decision to make. Superior Court Commissioner Melissa Widdifield gave the 44-year-old former teen idol until Friday to enter a drug rehab program. While he decides, he remains in custody.