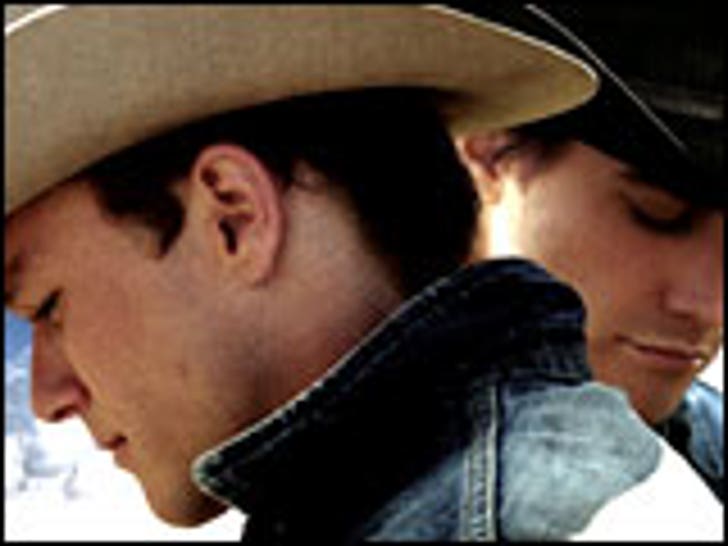 'Brokeback Mountain' is surely the frontrunner in the Oscar race for Best Picture. But is this phenonemom based solely on the merits of the film, or in part because it pushes a message that is Academy-friendly?

One Academy member, a prominent film producer who asked to remain anonymous, bluntly said that the buzz is for movies with the "right agendas" to have the edge. "'Philadelphia' was a great movie," the producer said, "but the concept (AIDS discrimination) was designed to woo the Academy."

'Brokeback' stars talk about the film

Famed writer and former film producer Dominick Dunne, also an Academy member says 'Brokeback' is a great movie. Dunne tells TMZ he feels the film is being judged on the merits, not on a political agenda. Dunne, however, acknowledges that "most members of the Academy are liberal Democrats."

Mike Fleiss, an Academy member who has such films as 'Hostel' and 'The Texas Chainsaw Masacre' under his belt, tells TMZ he agrees on the political bend of the Academy and adds, "Thank God." Fleiss, who says Ang Lee is one of the greatest directors of our time, claims, "Everyone knows if you pick the right topic you have a better chance at awards." Fleiss says the buzz he hears in Academy circles is that 'Brokeback' is a brilliant movie with "a gutsy statement to make," and that it is "capitalizing on controversy."