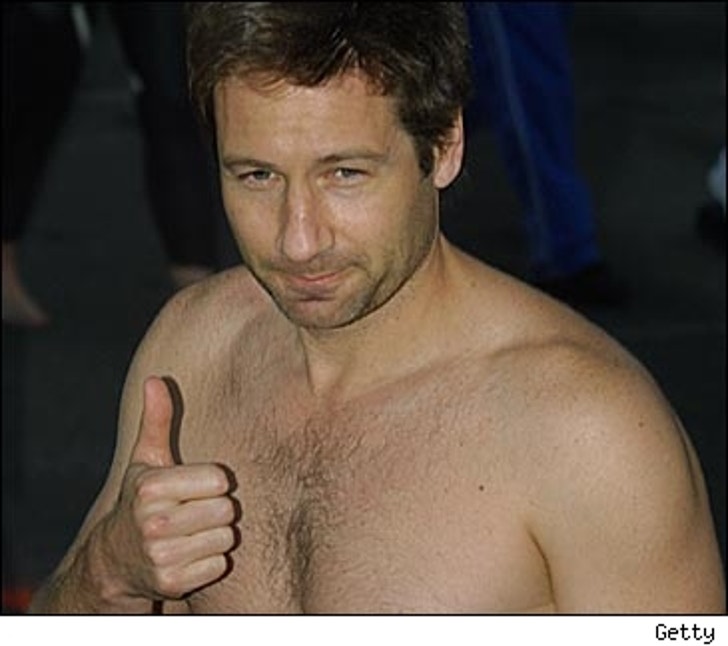 It looks like David Duchovny's skinny-dipping days are over.

TMZ has learned that Agent Mulder and his beautiful wife, Tea Leoni, have lost their appeal to block a new, multi-million dollar, 8649 sq ft home from being built above their Malibu Hills mansion.

Leoni appeared before the Malibu Planning Commission on Feb. 21, flanked by her lawyers, a geologist and some supportive neighbors, but her argument that the new home would damage both the ecology and geology of the scenic area fell on deaf ears. The building application was approved.

But TMZ has learned that Leoni had "special" privacy concerns.

A source connected with the Commission explains: "Tea told a planning official that David loves to swim and shower naked in their backyard," and she was concerned he'd be visible to their new neighbors.

The official explained to Leoni that her argument would not carry the day.

Yale graduate Duchovny is a dedicated tri-athlete who loves to swim laps in his pool.