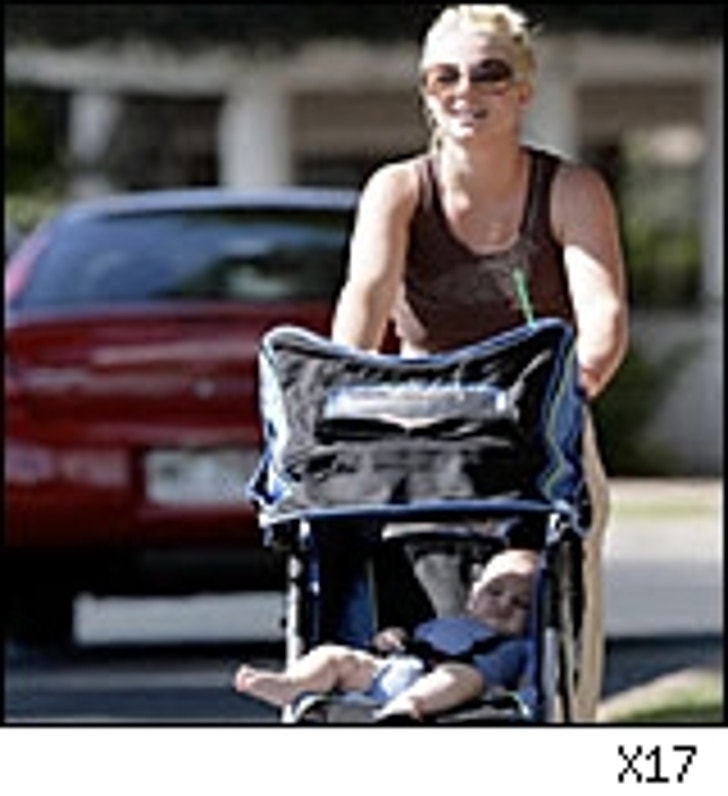 THE RUMOR: Britney is about to leave Kevin.

WHERE IT STARTED: Internet rumors spread like wildfire last November, after Britney and K-Fed had such a heated argument, he bolted from their Malibu mansion and checked into the Bev Hills Hotel.

HOW IT SPREAD: Britney was staying at the posh Four Seasons Resort in Maui last week with her little man, but not her big one.

Brit and baby Sean have been spotted at the cabanas, sans her wedding ring.

Video:
Britney and Kevin's night out

THE TMZ LOWDOWN: While Britney was hanging out in Hawaii, Kevin was hanging with 25-year-old Sandy Lakdar, a little-known French actress, at the Millennium Studios in Hollywood. The television show 'EXTRA' spoke with Lakdar last week, who said nothing was going on.

Two sources connected with Britney say that after having the baby, her self-esteem was not great, which could explain why she tolerated K-Fed's bad behavior. But they add that Brit is getting her confidence back, especially as she loses weight, and Kevin's conduct has become a major issue.

TMZ Truth-O-Meter: So, is Britney about to leave Kevin?
Click below to find out!