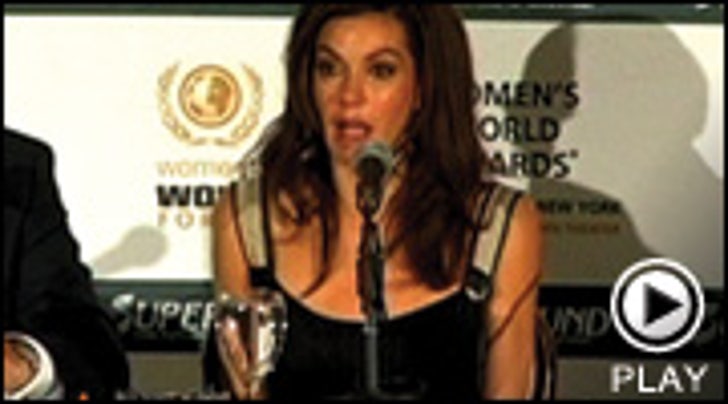 (April 7, 11:40AM ET) -- 'Desperate Housewives' star Teri Hatcher continued her battle against child abuse and violence against women, delivering a tearful speech about being sexually molested by her uncle 35 years ago.

As her eyes welled up, the 41-year-old actress told reporters Thursday, during a news conference to announce plans for the third annual Women's World Awards:

She was referring to a recent Vanity Fair interview in which she revealed being molested by her uncle when she was five years old.

When she learned in 2002 that a 14-year-old victim of her uncle had committed suicide, Hatcher approached prosecutors.

After Hatcher came forward, her uncle, Richard Hayes Stone, pleaded guilty to four counts of child molestation in the case of the 14-year-old victim and received 14 years in prison.

The actress joined up with former Soviet President Mikhail Gorbachev in Beverly Hills to unveil the Women's World Awards, due to take place in New York City's on October 14, 2006.

The Women's World Awards honor women from throughout the world whose achievements contribute to furthering self-determination, gender equality, freedom and the elimination of all forms of social and economic discrimination.