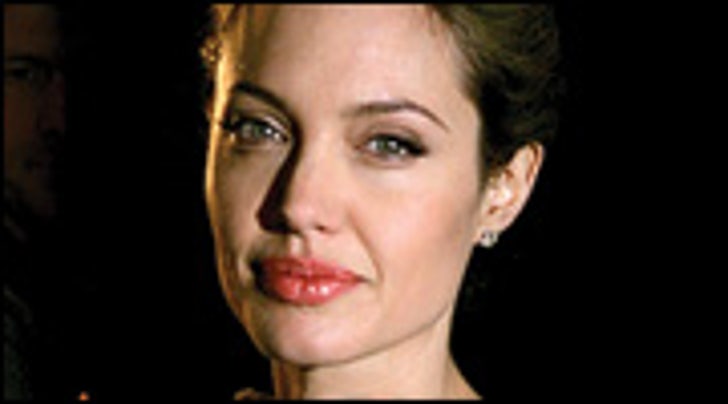 Angelina Jolie and Brad Pitt have jetted off with their two adopted children to Namibia as her due date nears. The couple reportedly plans to stay in Africa for the birth of their child to minimize the danger of out-of-control paparazzi. But Africa could pose an even more serious danger -- namely, malaria.

TMZ contacted Passport Health for their take on pregnant women traveling to Namibia and giving birth there. Carol DeRosa, the Executive Director and head nurse, said, "I would not recommend it. No one would."

Centers for Disease Control and Prevention is on record discouraging pregnant women from traveling to areas where malaria is prevalent, adding that malaria is a "major risk." Malaria causes high fevers, shaking chills, and rigors that can cause premature birth, miscarriage, and stillbirth.

Malaria is most prevalent in Namibia between November through June.

There are antimalarial pills that people can take to prevent the disease, but DeRosa from Passport Health tells TMZ that such precautions are not fool proof. In addition, DeRosa calls health care in Africa "overwhelmingly poor."

TMZ put calls in to Jolie's rep -- so far, no response.