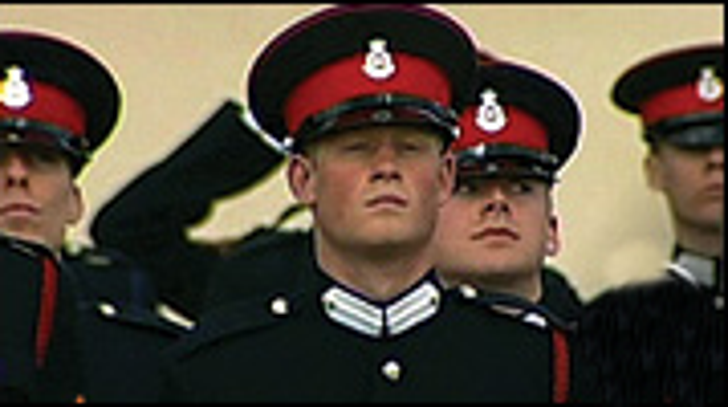 Prince Harry received his military commission on Thursday at Sandhurst, where his grandmother Queen Elizabeth II made the journey to see her grandson and the ceremonial parade.

The 21-year-old second son of Prince Charles entered Sandhurst military academy in May 2005 and trained to become an Army officer in the Blues and Royals regiment of the Household Cavalry, one of the British Army's oldest units.

He will be eligible for future military service in Iraq or Afghanistan.