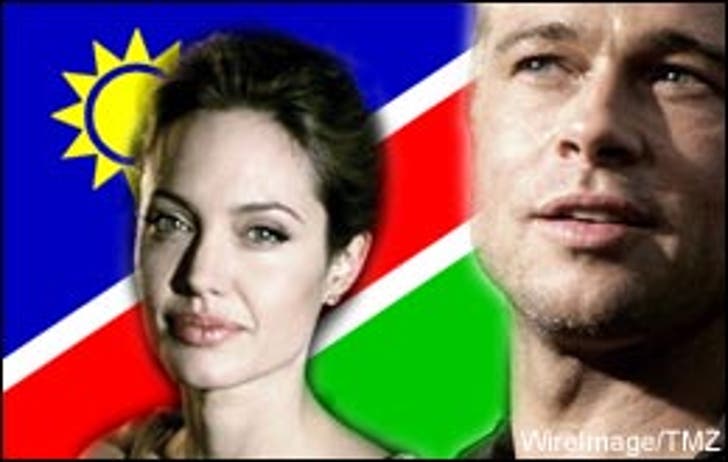 THE RUMOR: Brad and Angelina will wed in Namibia.

WHERE IT STARTED: The wedding talk surfaced in early April, when Brad and Angelina uprooted their family to set up camp across the globe in Namibia. Angie, already well into her third trimester of pregnancy, will likely give birth in the African country. The word is that the couple wanted to minimize paparazzi intrusion for the birth. The fact is they could also marginalize the photographers by marrying there

HOW IT SPREAD: Tongues have been wagging about a Brangelina wedding for months. Her kids now have his name and he's in the process of adopting them. Angelina loves Namibia, where she shot the film, 'Beyond Borders,' and sources say she is the benefactor of a wildlife preserve there. She's also committed to calling attention to the African continent, and what could bring more attention than an African wedding?

THE TMZ LOWDOWN:An Angelina confidant tells us, "They haven't decided on anything yet. The plan was to go to Namibia and get away from it all and have the baby -- not to get married."

Also, Angie is very close to her mother, actress Marcheline Bertrand, who is suffering from cancer. Insiders say Angelina wants her mother to join her in Namibia but she's too sick come. Her mom is currently staying at a posh Beverly Hills hotel.

And let's not forget Brad's Missouri roots. It has been reported that he wants a more traditional ceremony. Right now, they're focusing on birthing a baby, not walking down the isle.

TMZ Truth-O-Meter: So, are Brad and Angelina going to tie the knot in Namibia?