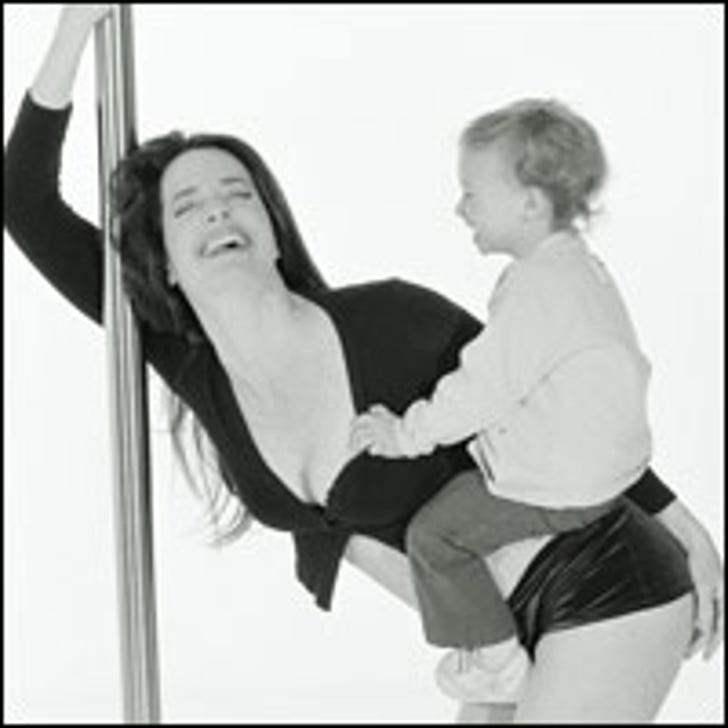 Kate Hudson has tried it. Teri Hatcher did it on 'The Tonight Show'. Lisa Rinna even used it before getting into 'Dancing' shape. These gorgeous actresses and many others are shedding pounds and clothes doing Sheila Kelley's risque S Factor workouts.

To research her role of an exotic dancer, Sheila learned how to move and disrobe like a pro. Sheila finds no shame in the semi-nude dance routines and instead says they are empowering, telling TMZ "It teaches women how to embrace their bodies."

Sheila added ballet and yoga to the pole dancing and stripping to create the S Factor. The workout reshaped her mentally and physically. "I noticed a change in my spirit and my confidence" says Sheila, "There was a molecular shift in my body and outlook."

Initially teaching the class to friends out of her home, word spread fast and within months she was performing her routine on TV shows like 'Oprah,' '20/20' and 'The View.'

In 2002, Sheila opened her first studio and now has six across the country, with more on the way.

For Mother's Day, Sheila held a controversial all-ages S Factor stripping event. Mothers and daughters were invited down to Sheila's studios to learn all about the S Factor workout. Sheila assures us the event was G-rated and not sexual in any manner.

What do you think? Should young girls be exposed to this titilating routine? Or is this just another crazy Hollywood fad?