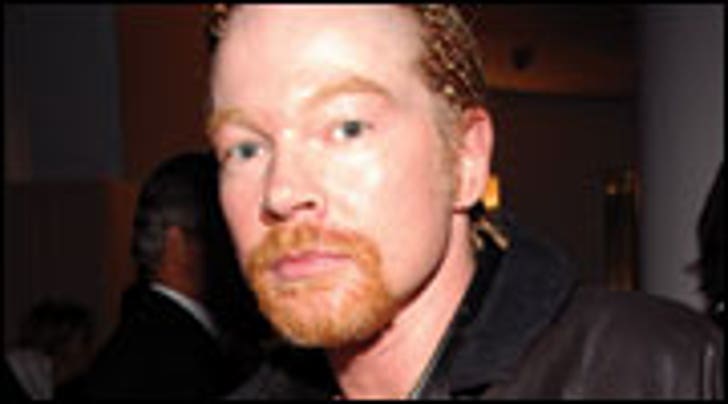 Axl told his side of the story to KROQ's Kevin & Bean morning show early Friday morning, and according to him the scrap started when Axl politely asked Tommy to move his date's drink so it wouldn't get spilled. That's when Tommy allegedly went off, "smacking" the singer in the arm and cursing at him. Axl reports that he kept a cool head, and after Hilfiger's own security dragged him out, Axl and his band played a great acoustic set.

Listen to Axl on KROQ