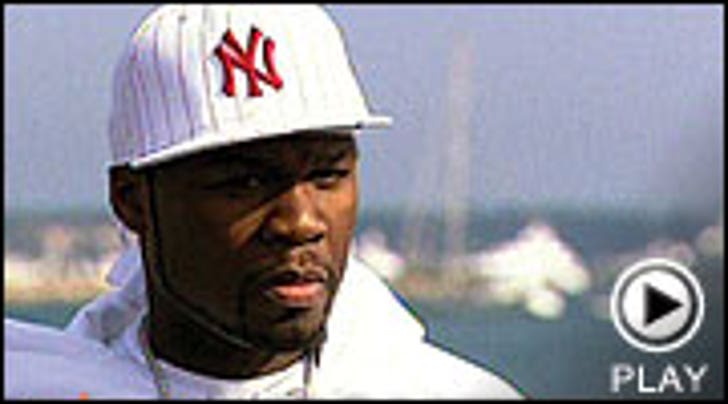 50 Cent brought some hip hop bling to the Croisette this week as he showcased a sneak preview of his new film 'Home of the Brave.'

50 Cent fans needn't worry, the rap star hasn't turned his back on music. He revealed that he is currently working on a new album with friend Eminem.