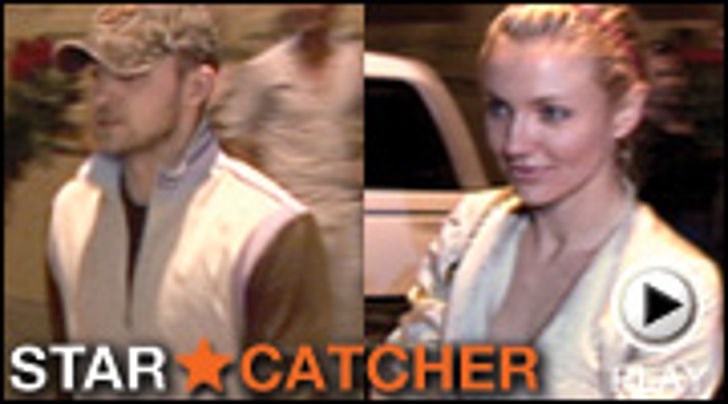 The stars were out Monday night at Shag, a Hollywood hotspot were our cameras caught a rare appearance by one of Hollywood's hottest couples, Justin Timberlake and Cameron Diaz. The two arrived at the club, causing the usual photog frenzy.