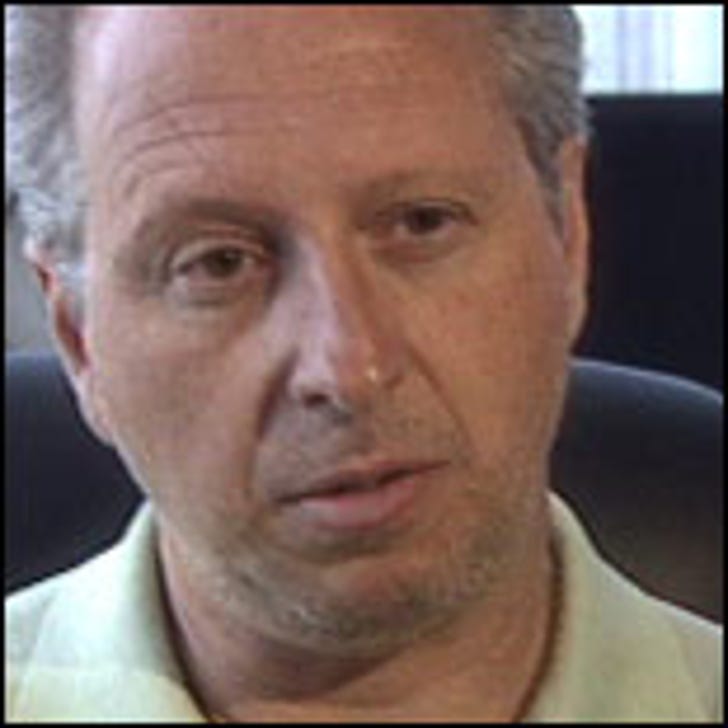 Unless you live in L.A., the name Anthony Pellicano might not mean much to you - it sounds like the name of a bit player on "The Sopranos," not one that's appearing on the screens of every Blackberry in Hollywood.

But all over town this past weekend, agents and producers and executives were furiously scrolling away in the darkened theaters, watching "Cars" with their kids while reading an L.A. Times scoop by Chuck Phillips: A jailhouse interview with Pellicano, the disgraced private investigator to the stars who's facing a 112 count indictment for wiretapping all sorts of Hollywood power players as well as allegedly threatening a former Los Angeles Times reporter.

The interview was described as "a 30-minute session that detention center officials allowed to be conducted over an unmonitored line" -- apparently, a historic first for Pellicano telecommunications.

Predictably, it consisted of the Pelican's braggadoccio that the government has nothing on him and that he won't flip against his clients. Whatever. Pellicano's own clients have already started to cut deals with the prosecution because they're on tape discussing his wiretapping of their enemies and friends.

But the real fireworks were buried a bit deeper in the piece: Pellicano defended Bert Fields, the most-feared and most-powerful lawyer in Hollywood, and one who is the subject of a federal inquiry to determine if Fields ever knew of Pellicano's penchant for illegal recordings when it came to his clients.

Pellicano told to the LA Times, "Of all the people in the world to suspect it of: Bert Fields? Mr. Clean Jeans? Mr. Straight Arrow? My God, I don't think I've even heard him curse in the entire time I've known him -- let alone say, 'Hey, Pellicano, I want you to go out and do this or do that.' I mean, Come on."

Fields denies any wrongdoing and has not been charged.

Said Pellicano: "There is no way in the world that any lawyer who has got any brains is going to hire somebody to do something illegal. Why throw away your law license?"

Why, indeed. This, after all, is the crux of the government's focus in the Hollywood wiretapping scandal: Does a race of can't-lose super-lawyers exist in Hollywood thanks only to Pellicano's bag of dirty tricks? The indictment of the attorney for former MGM owner, Kirk Kerkorian, suggest this may well be so.

We'll keep you updated as it unfolds.

In the meantime, we're left to savor the ultimate "pot calling the kettle black" irony, served up via Pellicano: "If the American public had any idea of all the surveillance, wiretapping and illegal things that our own government actually does, they would be shocked,"

Pellicano said, "Chasing terrorists is what the FBI is supposed to be doing. I've got to tell you, if instead of keeping me behind bars here, they gave me the job of finding Osama bin Laden, I guarantee you I would find him."

Provided, of course, that Osama has a number in the 310 area code.

Unfortunately, we hear he's more of a passing-notes-via-camel-jockey kind of guy these days.