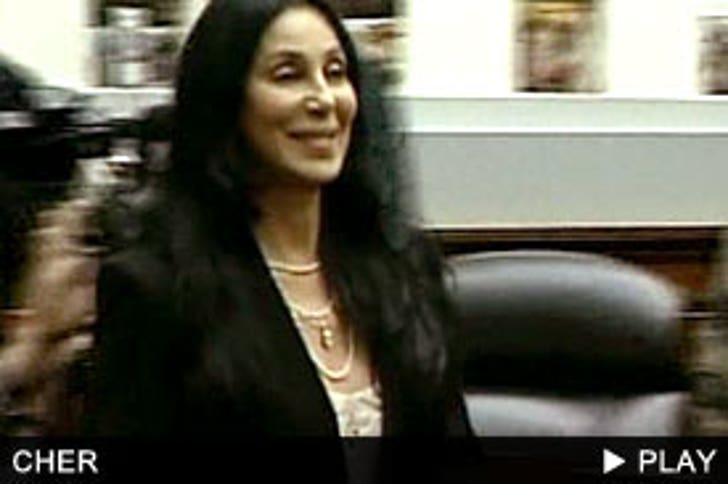 Cher may have completed her seemingly never ending farewell tour last year, but she's not shying away from the limelight post musical retirement. The first big time single-named female pop star is lending her famous moniker to Operation-Helmet.org.

The non-partisan Operation-Helmet's stated goals are to provide free helmet upgrade kits to U.S. troops serving abroad in Iraq and Afghanistan. The kits are designed to increase safety and comfort for the soldiers in battlefield conditions.

To help get the message out, Cher will take to the airwaves on C-Span's 'Washington Journal' this Thursday morning. Cher will even appear in the building, where her late-husband Sonny Bono served as a California Congressman, when she appears with Operation-Helmet leaders to testify before a House Armed Services Subcommittee that same afternoon. Cher also took up the troops' cause by calling in at a very early hout to the C-Span show on Memorial Day weekend to endorse the helmet campaign.

This is not, of course, Cher's first attempt at comforting the troops. We all remember her famous video for "If I Could Turn Back Time" where she straddled a big gun turret aboard the battleship USS Missouri surrounded by all those Navy uniforms. Hopefully, Cher will wear more than a few strips of clothing when she appears before Congress this week.