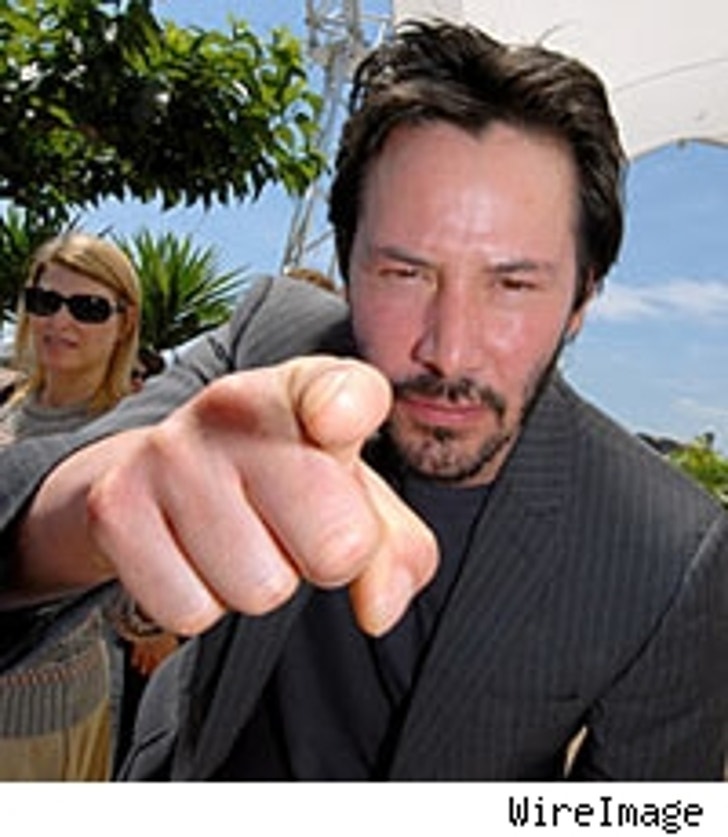 Keanu Reeves now says money means nothing to him. He's quoted in an article published saying "...I want to enjoy life and not stress myself building my bank account."

Here's the deal about Keanu's deals. Reports are that he made $15 mil for the last two Matrix movies, plus I might add 15% of the gross.

Speaking of gross, Reeves statements ring a little less than real. I can tell you he owns a pretty amazing house with incredible views in the Hollywood Hills, on a street tour guides call "hunk alley." His neighbors are Toby and Leo and the price tags on the homes each exceed $7 million.

As for Keanu's crib, he's spending a huge chunk of change completely renovating it. Keanu tells contactmusic.com. he lives "simply, mostly out of a suitcase in hotels."

Well a friend of mine lives near the house Keanu is renting while his house in under construction, and the buzz is that he's dropping 15 g's a month for the rental. My friend sees him all the time driving in and out on his motorcycle.

Keanu says "good health is much more important" than money. Clearly he's right. It's just so easy to sound like a vagabond when you're enconsed in the hottest neighborhood in L.A. Not a big deal, I suppose. Just a little irksome.