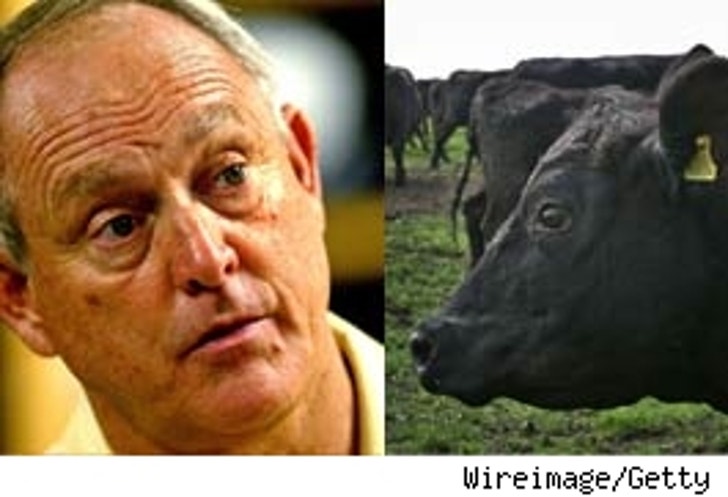 It's been quite a year for legendary baseball player pitcher Nolan Ryan. The Hall of Fame pitcher has been dealing with a cow- yes, you heard right- cow catastrophe.

In September, the strikeout king had a total of 17 cows and 30 calves stolen from his ranch, allegedly swiped by a neighboring Brazoria County rancher. A total of 289 head of cattle (an estimated value close to $300,000) went missing from a variety of ranches including Ryan's. The cattle caper had gone cold until Tuesday, when investigators recovered the "borrowed" bovines from a cattle-rustling ring.

Although all 17 of Ryan's stolen cows were returned to his ranch by authorities, investigators have yet to recover any of the 30 calves that were a also part of the livestock heist

We've got one question- how does one go about stealing 47 animals and go unnoticed? And for that matter, where do you hide them?