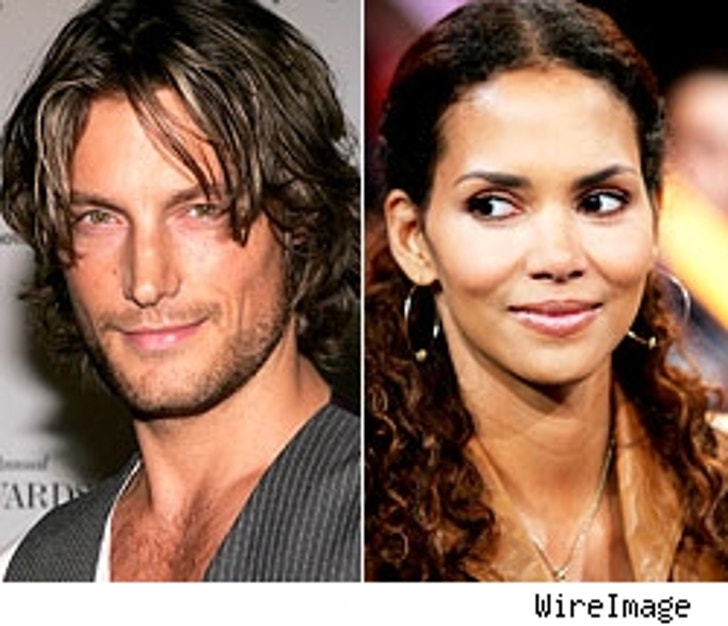 For all of her professional good fortune – an Emmy, a Golden Globe, an Oscar –- Halle Berry has had well-publicized bad luck when it comes to the men in her life.

But in recent months she's been keeping company with Gabriel Aubrey, a Canadian model ten years her junior, and TMZ – after doing a little research – thinks she's finally found a keeper.

The "X-Men" star's romantic life has been a gauntlet of missteps and misery. Her two marriages, first to baseball player David Justice and then to jazz musician Eric Benet, both ended in divorce, and she's clearly regretful and bitter about the latter's much-talked-about infidelity. She recently told a reporter that having to pay alimony to Benet was "not good, especially when he cheats on you like 27 times."

What's more, Berry, who turns 40 in August, was reportedly left with almost total hearing loss in one ear after an altercation with a boyfriend, though the identity of that boyfriend has never been confirmed.

However, her latest beau, the 30-year-old Aubrey, has an unusually skeleton-free closet: No criminal record, no indications of infidelity, no signs of abusive or otherwise relationship-wrecking behavior. He's been one of the top male models in the world for several years, earning $30,000 and upwards per shoot, and the two do make a remarkably handsome couple.

So even though Berry has quite publicly disavowed marriage as an institution, perhaps Aubrey will disabuse her of this recent notion – and prove that the third time really is the charm.