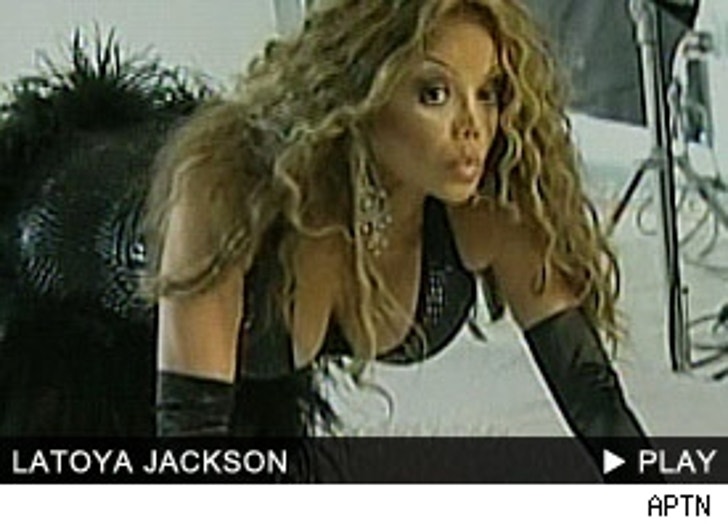 During a ridiculous photo shoot for Australian alcoholic malt beverage called Star Ice, Jackson's sister spoke candidly about the impact of the trial on the family.

"The trial changed not only Michael but everyone, actually, in our family. Because just to see what one can go through in such a devastating time in your life. And not knowing what the outcome, the verdict is going to be. Fortunately it was wonderful, it was great....We knew then that once that happened he would leave and never probably go back to Neverland is what he said. But he's doing fine and hopefully I'll get to see him soon."

While the King of Pop is believed to be living out of the spotlight in Bahrain, LaToya is trying desperately to stay in it, with both a sexually charged campaign for Star Ice and an album coming soon.

"I've been recording for some time now and we're just wrapping up on the end of a production of an album that I'm doing. It's a club album. And I'm just having a wonderful time with it. I think it's some of my best work and I'm excited about it."

If the outrageous photo shoot is any indication of the antics we can expect when her album is released, then it's clear the Jackson circus will continue without Michael.