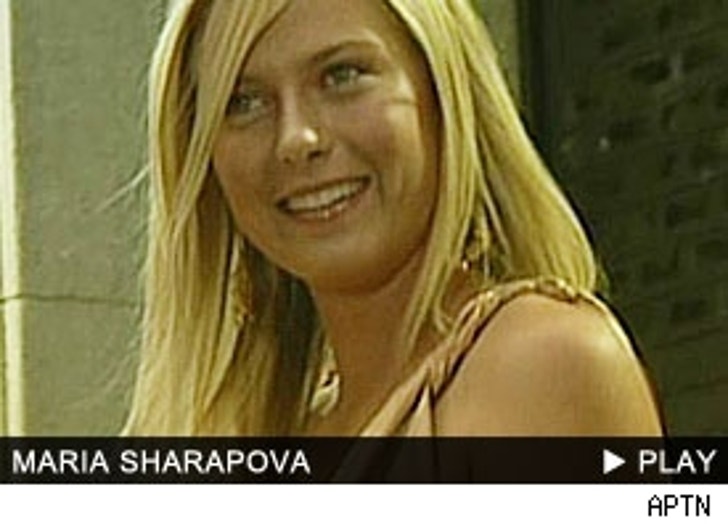 Tennis star and Sports Illustrated model Maria Sharapova has added another job to her resume: Official ambassador for the Land Rover brand in North America, which has her promoting the cars while using her Range Rover at home in the USA.

Although the tennis competition doesn't officially begin until Monday, the Wimbledon Women's Tennis Association held a party at the Kensington Roof Gardens yesterday in London and Sharapova was there to unveil the Land Rover Freelander 2.

"I'm very tall, so I love feeling like I'm on top of the world, and I love 4x4's and when I drive in the States I love to drive and I love speed and whenever I get into one, that's what I feel; I feel very comfortable in it," says Maria, spoken like a true car salesperson.

The superstar is currently fourth in the world's tennis rankings and is favored by bookies to take this year's tennis tournament, but that doesn't phase Sharapova. "I don't look at my chances or the expectations, I just go out and I enjoy myself, and when I step out on center court if it goes my way I'm more than happy to take it, but sometimes it doesn't and that's the way it goes."