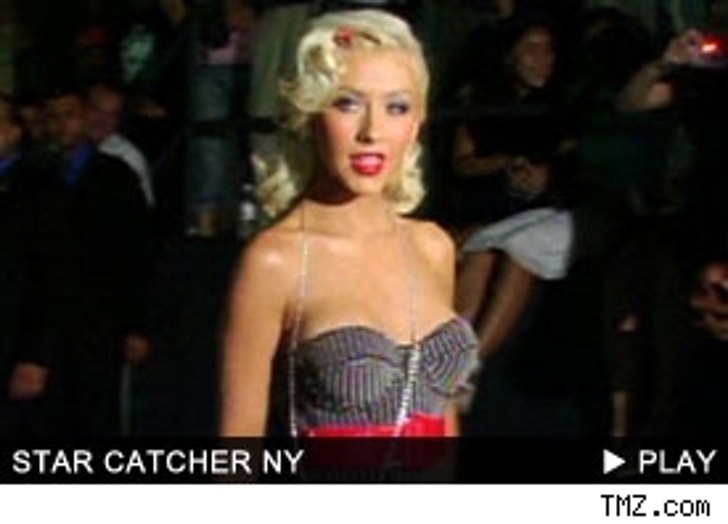 Entertainment Weekly's Must List Party brought out the cream of the crop in New York last night.

Hot actors Terrence Howard and Sam Rockwell arrived ready to party. Divas Nelly Furtado and Xtina showed up, hot on the heels of the release of their newest singles. Xtina performed a hot and steamy set for the celebrity crowd.

"Fantastic Four"s Chris Evans joked about his "Nanny Diaries" co-star Scarlett Johanson and gave us an update on the new "Fantastic Four" movie. A playful Robert Downey Jr. tried to hide from photogs behind the backdrop, while Scott Speedman became the photogs' best friend by snagging two gift bags for them.