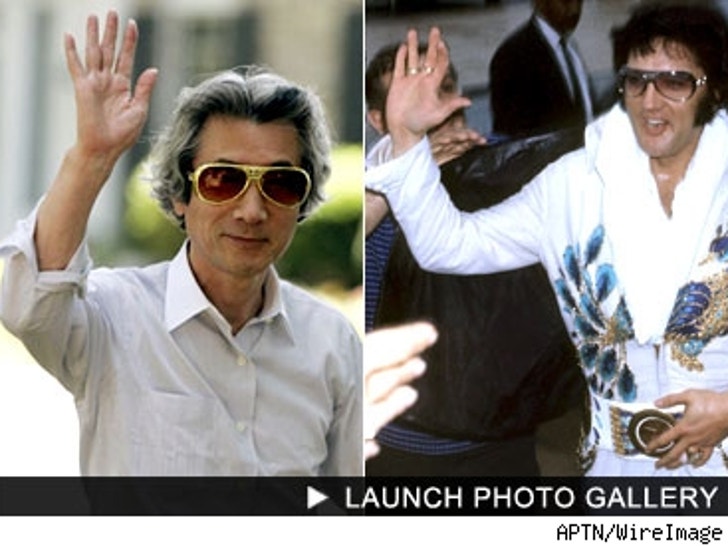 With apparently no other pressing matters in the world to attend to, President Bush took time to tour Graceland with Elvis Presley's #1 fan - Japan's Prime Minister Junichiro Koizumi. 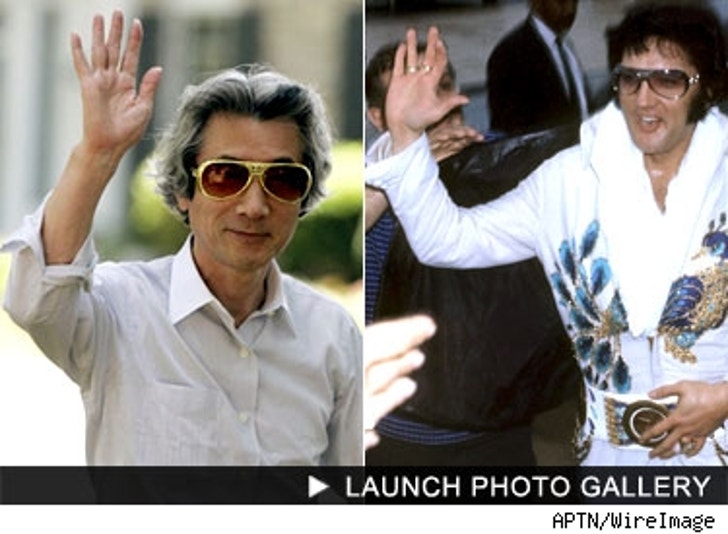 The heads of state played tourists after wrapping up two days of consultations.

Koizumi, who is stepping down from office in September, has been a member of The King's fan club for over 30 years. 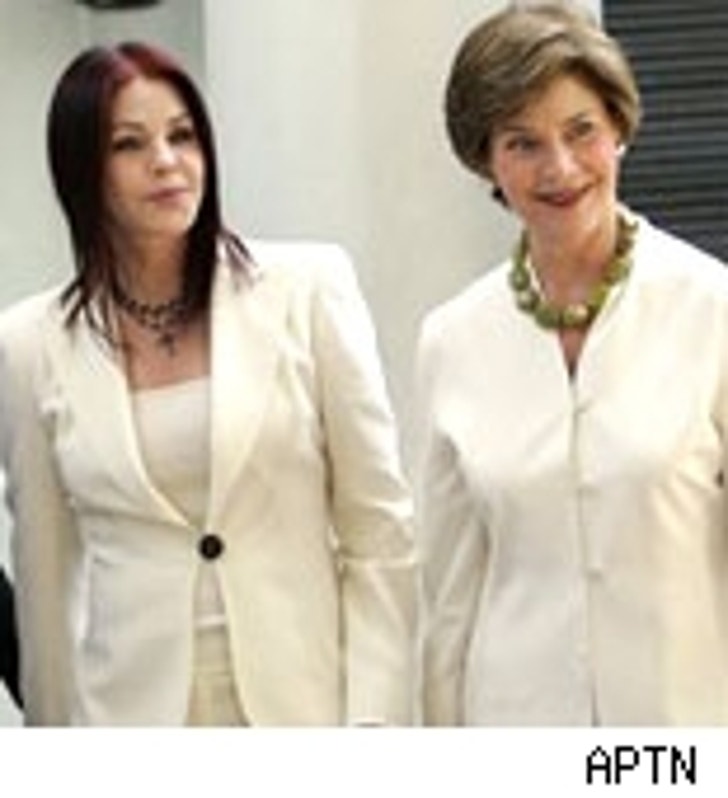 The President and Koizumi were joined by Elvis' daughter Lisa Marie Presley and his former wife Priscilla Presley. First Lady Laura Bush, dressed strangely similar to Priscilla, was also on hand for the festivities which included Elvis' favorite meal of grilled peanut butter and banana sandwiches.

White House aides came up with the idea of the Graceland visit as the perfect gift for the Prime Minister's last official visit to the United States.

According to Elvis Presley Enterprises, which manages the estate, this was the first visit by any sitting president or world leader to Graceland.