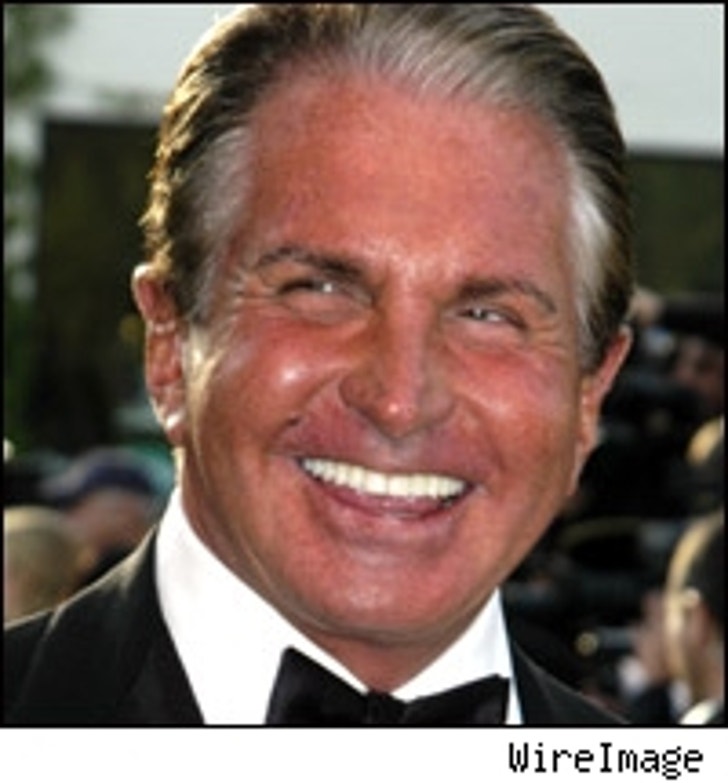 George Hamilton is cashing in his chips, spending what limited time he may have awaiting certain diagnosis of melanoma hocking low-fat chips. Nice, George, you're saving the arteries of millions of people.

In just another quirky ... er... ironic, ok, gross turn of advertising genius, Nabisco has tapped sun worshipper George Hamilton as spokesman for its newest product toasted-and-not-fried chip. On June 27, George appeared in the "No-Fry Zone" clad in a fluffy robe and kicking off the low-fat ad campaign to onlookers in southern California's Hermosa Beach. 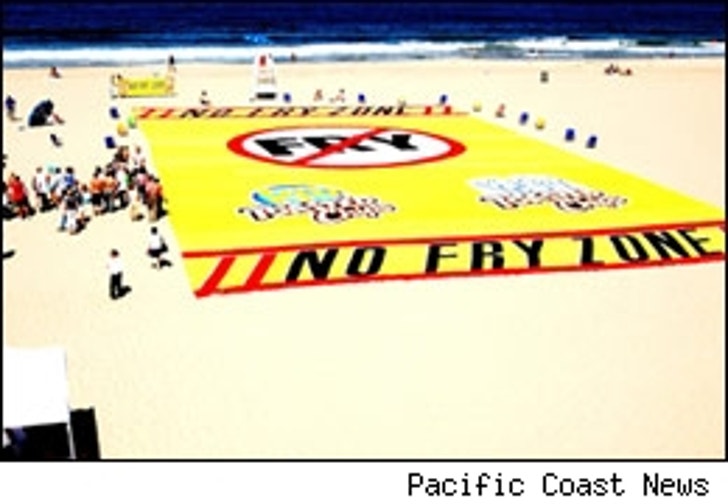 Measuring 125 x 75 feet and officially recognized in the Guiness Book of World Records, the towel won't be soaking up all the attention. At Nabisco.com, the Human Ember is featured prominently in typical lap-of-luxuryness, lounging in a beach chair and popping the brown chips. Viewers are encouraged to ask George's Magic Golf Ball a question. When asked, "George, how do you stay so brown and so healthy?," the magic ball replies, "Try putting some tin foil around yourself and your odds may increase." So there you have it - George is helping keep America beautiful and healthy by encouraging baked potato behavior.

Sources say Hamilton is currently being considered for the "World's Most Toasted Man." (Just kidding.) 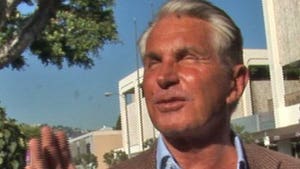 George: It's All About Skin Color 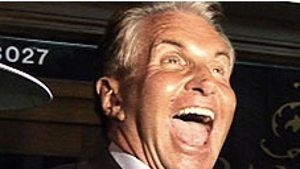