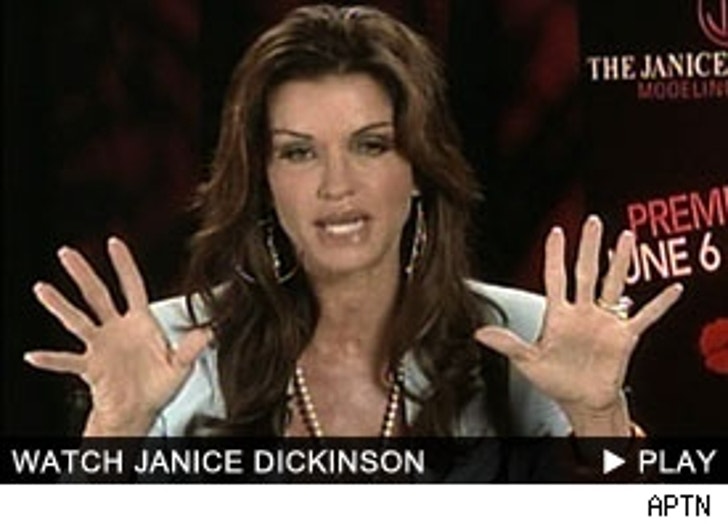 Janice Dickinson, the self-proclaimed "world's first super-model," is out to prove that she can be taken seriously with her show, "The Janice Dickinson Modeling Agency."

The 11-episode series follows Janice as she attempts to create a top modeling agency from scratch.

Janice is a reality show (and plastic surgery) vet, having appeared on "America's Next Top Model," "The Surreal Life," and "'The Tyra Banks Show," but she doesn't want her series labeled a reality show. "It's not reality television. This is just a documentary. There are no set-ups. This is not a contest."

Besides the series, the single mother of two is also promoting her new book, "Check, Please!" Janice says her book "makes 'Sex and the City' look like kindergarten, if you know what I mean."