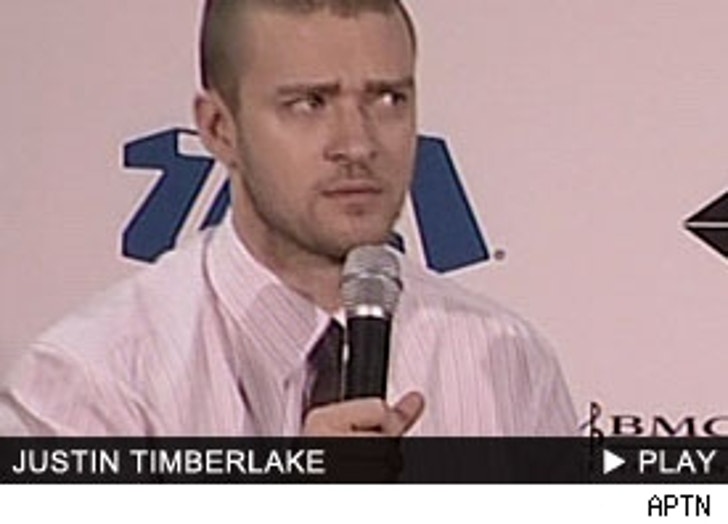 Justin's new song has hit the radios and held a press conference this morning in Paris to promote his upcoming album "FutureSex/LoveSounds."

So what the heck does that title mean? Timberlake was vague with his answer, "It is more of a broad album title but there is no real specific like 'you are going to have sex in the future to my songs,' there is no real meaning behind it." Of course, if the CD is anything like "Justified," there's bound to be a few people getting down to the music.

JT teams up again with Timbaland on the new album, hoping to recreate the success of their hit, "Cry Me a River." Of the hot producer he says, "I remember calling him on the phone and asking him if he thought we could do five or six 'Cry Me A Rivers.' It is a lofty challenge ... he doesn't back bow from that and that is something that I knew I would get from him."

The press was barred from asking the pop star about his relationship with "Charlie's Angel" Cameron Diaz, though the two were spotted together in France earlier in the week.

The video for "SexyBack" was shot in Barcelona and is expected to get its premiere within the next two weeks. The album is due out in September.