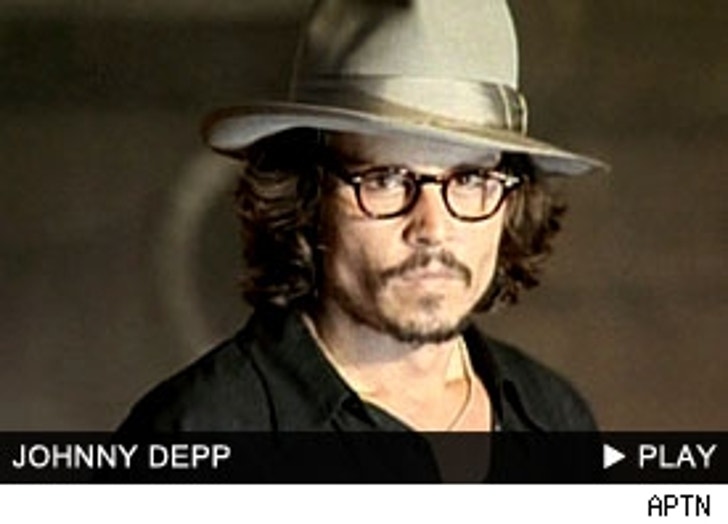 Captain Jack Sparrow and his band of scurvy dogs sailed into theatres this weekend and invaded the box office for a record $132 million -- even if they didn't manage to plunder many plaudits from the critics.

In fact, "Pirates of the Caribbean: Dead Man's Chest" proved once again this summer that taking a beating from the critics only heightens the chance that a movie's going to open big. For instance, one of moviedom's most influential critics, Entertainment Weekly's Lisa Schwarzbaum, put the smackdown on "Pirates," calling it "a hellish contraption into which a ticket holder is strapped, overstimulated but unsatisfied, and unable to disengage until the operator releases the restraining harness." Schwarzbaum gave the film a dismal D+ -- and look what happened.

As for other summer hits that were misses with the critics, veteran Rolling Stone critic Peter Travers called "The Da Vinci Code" a "dud," and added that it was "a dreary, droning, dull-witted adaptation." One way, suggested Travers, to silence the film's strident religious protestors was to "have them see the movie. They will fall into a stupor in minutes." Stupor or not, the protestors -- and millions of other people -- did go to see "Da Vinci," and last time we checked (today), the film had grossed over $720 million around the world.

Then there are the critics who appear to live in an alternate universe, like the Las Vegas Review-Journal's Carol Cling. Writing about "Superman Returns," which had been touted as a potential record-breaker but fell about, oh, $60 million short, Cling wrote, "There's more than one airplane zooming around, but they're specks on the horizon compared to the return of a beloved movie franchise that actually lives up to its blockbuster potential."

And it only gets more puzzling and awkward from there: "After such hype machines as "Mission: Impossible III" and "The Da Vinci Code" landed in theaters -- with a thud -- some of us wondered whether the whole concept of big-bang-boom summer popcorn blasts had become obsolete...Even 'X-Men: The Last Stand' proved underwhelming."

Maybe what happens in Vegas really does stay in Vegas, because the three films that Ms. Cling refers to as landing "with a thud" and "underwhelming" have brought in a paltry $1.5 billion in ticket sales worldwide.