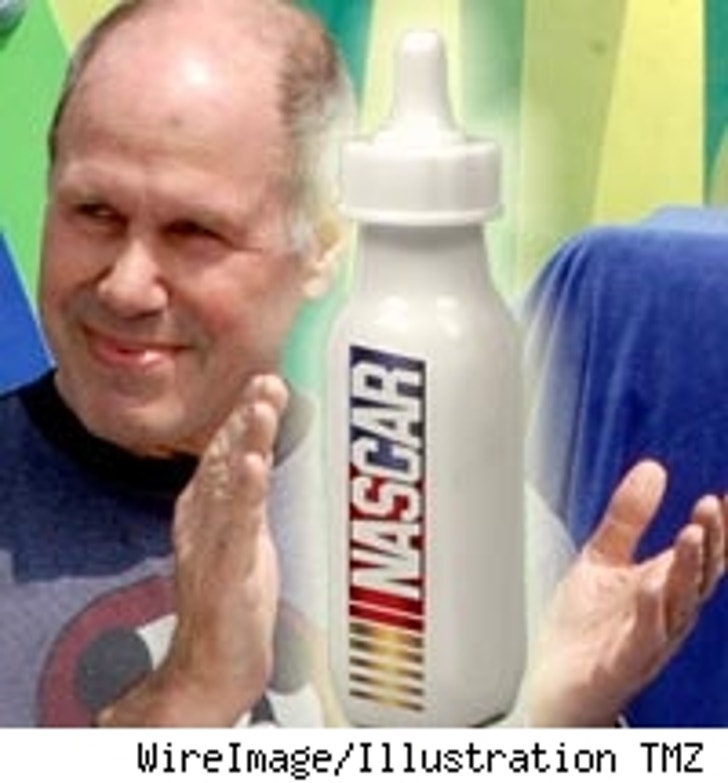 Sure, it 2006, and it's a branded entertainment universe. We get it.

But some deals just plain turn our stomach.

Take today's LA Times coverage of Team Baby, a company that until very recently only made "sports booster videos for newborns and toddlers to watch alongside their cheering parents."

For now, we'll leave aside whether or not the state should come and take the child of any parent that makes their pre-verbal pupae absorb team sports propaganda before they can even walk, let alone express a preference for Pampers over Huggies. Instead, we'll focus on the most recent abomination in parenting: The recent arrival of Michael Eisner and today's just-announced Team Baby deal-making that really makes us feel queasy. You see, now, Team Baby is linking up with NASCAR, amongst other franchise team sports, presumably so your not-yet-motile moppet can can mourn alongside you when Dale Earnhardt, Jr. or some-such plows into the wall at turn two at Talledega.

Sure, per the Times, "... the NASCAR educational videos will focus on the primary colors of the cars, the shapes of the wheels to teach the concept of a circle and on the pit crews to demonstrate team work." But CEO Greg Scheinman also admits, "The cars do crash; we can't sugar coat that. [But]...we won't have beer ads. There is an M&M car, but we are not selling the candy. It's just a really, really nice, fun, painted car."

Uh, well in that case, sure. The fact that our kid's first words might be "Winston Lights" or "Mopar" is just fine with us - just as long as it's not "Peanut M&M."

I think I need me a Wet Ones moist wipe.