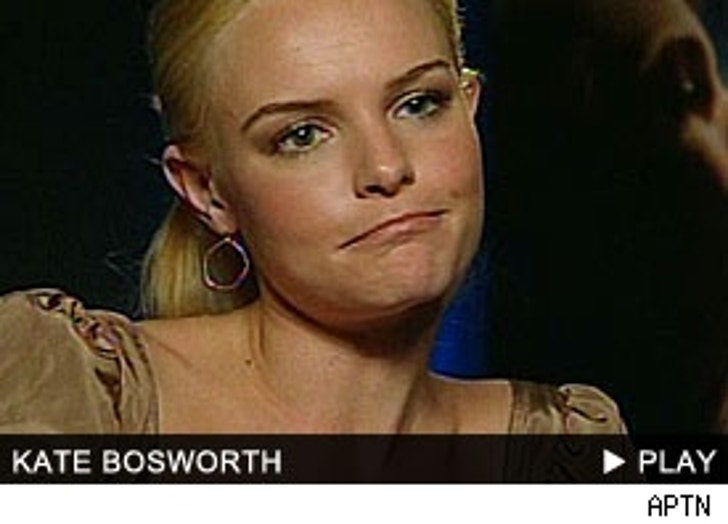 While promoting their film in Europe, Brandon Routh and the cast of "Superman Returns" have been bombarded with questions about another summer blockbuster, "Pirates of the Caribbean: Dead Man's Chest."

With "Pirates" breaking records it's opening weekend and "Superman" fighting to break even, the comparisons came as no surprise and the cast was certainly prepared for the line of questions.

Kate Bosworth, who plays Lois Lane in the flick, laughed off rumors of competition with boyfriend (and "Pirates" star) Orlando Bloom. "It's like the only thing that we talk about. Come home everyday, come home from work and talk about the box office," she joked, "It's so not a part of our consciousness, we are equally supportive of each other."

Of course, if the Man of Steel and Captain Jack Sparrow were to meet face to face, it'd probably be the latter who would make a run for it faster than a speeding bullet ... with a bottle of rum, of course.