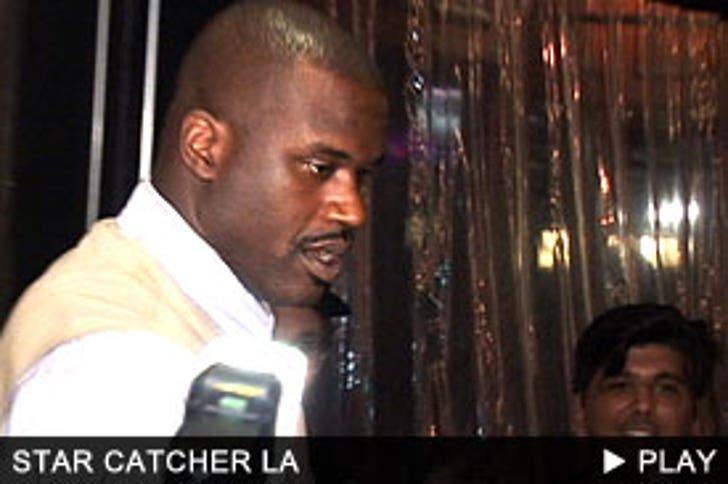 The world's biggest basketball star is back in the town that sent him packing. The four-time NBA champ came out of Guy's nightclub in LA and just managed to squeeze behind the wheel of his giant SUV. Do they make cars big enough for Shaquille O'Neal?

Shanna Moakler was also out last night- we saw her at Hyde where Cheryl Burke and Taryn Manning were also spotted.

Paris Hilton is in New York, preparing for TRL, so her entourage was left to fend for themselves. Stavros Niarchos and Caroline d'Amore, two of her regular hangers-on, were caught clubbing without their infamous leader.