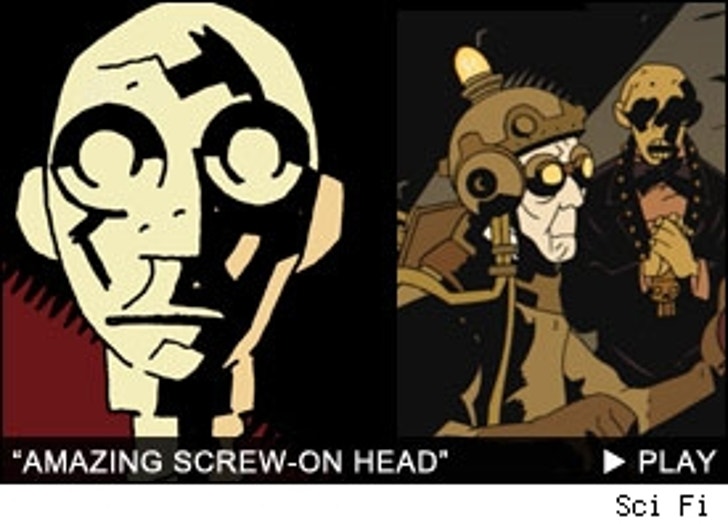 The web preview will have a questionnaire viewers will fill out. The network will then decide, utilizing the feedback, whether or not the network will continue to air the show.

The Sci Fi Channel says "Sci Fi Pulse gives our viewers an unprecedented opportunity to give us direct feedback."

"Amazing Screw-On Head" follows the exploits of one of America's unsung heroes: a secret U.S. agent who happens to be a robot that screws his head on a variety of bodies and battles those who threaten our civilization. Paul Giamatti and David Hyde Pierce lend their voice talents to the show.

"Amazing Screw-On Head" will premiere at Sci Fi Pulse on July 13th and on the Sci Fi Network July 27th.